NORTON NEWS • TONS OF IT! 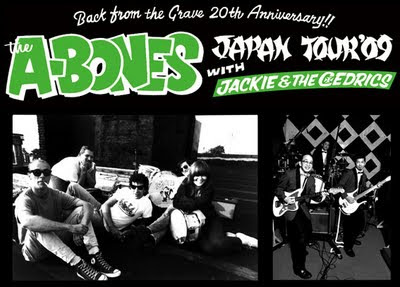 Hey gang! This may have been the fastest summer in history! It’s been a blast, and of course it will need to finish with a rash of full-on smash before we all head back to study hall! Dig in, as we fill you in on goings-on at Norton HQ, with positive predictions on upcoming releases that are sure to initiate raised eyebrows and blood pressure alike! Drum roll, please…

NORTON HOUSE OF WAX PODCAST!
Yes, modern conveniences have horned into our transistorized world and this new fangled mode of transport is now blazing a trail across the hemispheres via satellite at this very moment, giving earthlings and space people alike an ample sample of what’s up with the flying saucers launching off the Norton wax pad. Now the uninitiated may grab ahold of loud sound abundance at the flip of a switch, or whatever it is one does to tune into NHOW-- Norton House of Wax! First sesh is up and at ‘em NOW with a nifty blab with Jared Swilley of the Black Lips and vinyl-only Norton smasheroos! Wax ‘em down, you ALL! 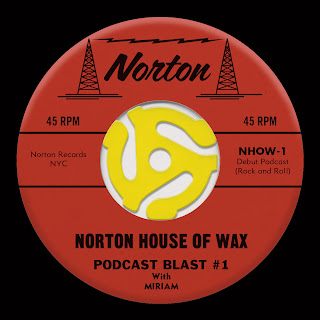 Tune in now at Norton House of Wax!

It’s sayonara to our hometown pals as the A-Bones jet across the globe to… Japan! If you happen to be the Far East over the next week, check out these big boss shows…

Monday, August 31 OYS, Nagoya
With Jackie and the Cedrics

Tuesday, September 1 Rock Rider, Osaka
With Jackie and the Cedrics

JEFF CUYUBAMBA PHOTOGRAPHY OPENING IN TOKYO – SHAKE SOME ACTION
Super suave A-Bones pal Jeff Cuyubamba will have a photo exhibit of his fab rockin’ snaps on the same block as the Tokyo shows. “Little Jeff” has been documenting New York garage bands since the early days of the Dive—this gallery show will be amazing! Presented by Shinjuku Erostika. Check this out! SHAKE SOME ACTION

A-BONES EUROPEAN TOUR
The globetrotting continues as the A-Bones set off for Europa, with a Brooklyn pre-tour tag team blast off with loooong-time rockin’ sockin’ pals the FLESHTONES! Come say adios and au revoir at Union Hall, and see you on the other side of the pond!

Pick up the new album THE A-BONES, NOT NOW! (Norton 345), which has just been declared super-duper by the ultimate tastemaker, Don Bombard! Oops—I mean BOB SHANNON!!! HOLY CANOLE!

"Without a doubt THE release of the year, if not the near-decade!"
-Bob Shannon, WCBS-FM Radio New York

The A-Bones even managed to lure elusive R&B legend Dave “Baby” Cortez back onto the Hammond organ to grind out a fresh take of his instro stomper Cat Nip... raunchy originals are filled out with covers of the Animals (orig. by Eddie & Ernie!) and the Clovers, plus Shallow Grave, Andy Shernoff's Bobby Fuller style ode to Charles “Smitty” Schmid, the notorious Pied Piper of Tucson and lots more!

http://www.myspace.com/tandooriknights
When the A-Bones trekked to Canada recently to appear on the Wooly Weekend festival, a fabulous event that was truly as hairy as its nomer, little did we know what all would transpire! During a short stray from the Festival site, we checked out top faves the Black Lips, shakin’ it down with King Khan and BBQ’s phenomenal All Mighty Defenders. Unreal! On top of it all, top ranking Bloodshot Bill joined the A-Bones onstage at Wooly Weekend. And yes, the plot thickens. Soon after our return to NYC, we received ready to roll recordings from a newly hatched act known as TANDOORI KNIGHTS, formed by the magic match of King Khan and Bloodshot Bill, suggesting prompt release on Norton. We heard, we saw, we bit hard. Welcome to the able stable of Norton Records, once again, KK & BB!

GINO WASHINGTON NEWS!!!
The ARE YOU READY?!!!! Jumpin’ Gino is back! Detroit soul legend Gino Washington is on the move, backed by the Party Stompers (featuring Norton stalwarts Mike Hurtt and Jeff Meier). October shows include the Funtastic Dracula Festival in Benidom, Spain on October 10 and, by invitation of the mighty Black Lips, the Vice Festival in Portland, Oregon on October 17 (w/Roky Erickson, Black Lips, Dirtbombs and more). In a recent interview with THE DETROIT NEWS, John Fogerty was asked about records that inspired him. “Gino Is A Coward by Gino Washington,” Fogerty says with a sigh. “One of the most incredible records ever made. It was only on the charts in two places, San Francisco and Detroit. I grew up loving that record.” Fogerty also pointed out Susie Q by Norton star Dale Hawkins."That was one of those records that's still with me," Fogerty said. The first time he heard it, he was sitting alone in his mother's car."The song came on the radio and I just went nuts, it sounded so primal," he says. "I started pounding on the metal dashboard, so it sounded like a great big drum. It just shot through me. I adored (Susie-Q guitarist) James Burton." Dig Gino’s two monstrous Norton platters OUT OF THIS WORLD and LOVE BANDIT and see what all the commotion is about!!

WATCH OUT FOR MUCK MUCK! Norton recently took a rocket ride into the vaults of El Saturn Research and arrived back on Earth with a motherlode of unissued early R&B, doo wop, soul and general weirdness featuring Sun Ra and his Arkestra backing a variety of artists. This series consists of two albums of “Doo Wop from Saturn and Beyond” entitled INTERPLANETARY MELODIES and THE SECOND STOP IS JUPITER plus a set of totally twisted sides called ROCKET SHIP ROCK featuring Yochanan “The Outer Space Vocalist” (with his demented Saturn 45 Muck Muck/Hot Skillet Mama) and his way out friends backed by Sun Ra and his Arkestra! Atomic outer space genius from yet another Norton turban headed star!

ONE MAN’S GARBAGE IS ANOTHER MAN’S GOLD! Norton presents a Golden Decade (1959-69) of Kim Fowley’s elusive, previously properly unheralded mega genius escapades that reinforce the fact that Kim is… GODHEAD! Posh gatefold LPs feature extensive liner notes from Mr. Fowley, presented in his own inimitable MEGA GENIUS steeltrap-memory way. Stand now and salute the man, and each of these great records which blast right today as they did back when the chicken was the egg!

KIM FOWLEY – ONE MAN’S GARBAGE (Norton 355) BRUCE AND JERRY – I Saw Her First/PATTERNS – Late Late Show/U.S. ROCKETS – Bodacious/RITUALS – This Is Paradise/DONNIE AND THE OUTCASTS – Big Fat Alaskan/RENEGADES – Charge/PLAYERS – The Rebel/KIM AND THE SKIPPERS – Daybreaker/MO AND JO – The Yo Yo Song/JOHNNY C AND THE BLAZES - Inferno/KIM FOWLEY – Music Is The Magic/BLUE BELLS - Moccasin/ALTHEA AND THE MEMORIES – Dedication Time/KIM FOWLEY – Underground Lady/KIM FOWLEY AND MARS BONFIRE – Surf Pigs*/ALTHEA AND THE MEMORIES - Worst Record Ever Made (* = previously unissued)

JACKIE AND THE CEDRICS – TALL DARK STRANGER/RIP IT OUT/SS 396 (45-152) Tokyo’s Tycoons of Teen take sake soaked stabs at the Buck Owens and Paul Revere and the Raiders songbooks and blast through a tsunami paced instro for good measure!

ROLLING STONES COVERS SPLIT SINGLE SERIES… UPDATE!
We’ve issued nineteen nervous breakdowns in this popular seven inch series so far – that’s 38 Rolling Stones songs covered by today’s biggest hitmakers! We’ll soon be rolling out a few more – stay tuned for details! A special EP of Stones songs sung in Spanish (featuring Davila 666 and Luis and the Wildfires) entitled THEIR HISPANIC MAJESTIES REQUEST is also in the works. Listen for the second installment of Miriam’s Norton House Of Wax podcast featuring all Norton Stones covers…and if that’s not enough, Mick stops by the Norton House Of Wax to talk about the series! Don’t miss it!

NORTON INKS THE LONESOME DRIFTER!
Norton has just pacted a deal with legendary Ram Records prexy Margaret Lewis to issue a sixteen song vinyl roundup on Tommy Johnson, the legendary Lonesome Drifter. His 1958 single Eager Boy stands as one of the most sought after rockabilly records of all time. The Drifter’s haunting vocals and stark instrumentation make him one of the truly unique figures in rockabilly and hillbilly music. This is some real chilling stuff. For fans of Hasil’s MOON OVER MADISON and Charlie Feathers’ UH HUH HONEY albums.

WOLFE CITY MADNESS
We’re still putting this baby together. A full platter of atomic rockabilly and hillbilly insanity from this tiny Wolf-Tex label, revered for the monster bopper How Much Do You Miss Me by Harold Montgomery. Assembled by Wolf-Tex expert Mack Stevens. I wonder who the #2 expert is?

KING USZNIEWICZ & THE USZNIEWICZTONES MEET THE SOUTH BAY SURFERS
A three chord duke out starring the only bands that matter. Does it get any better than this? We think not! King U fan club prexies Pope & Battles have been thrashing about in their cages for more King U and we have finally exacted more plums from kielbasi-soaked tapes (stored in rotting old pizza boxes!) which are perfectly matched by the left coast U-Tones, believe it or not! This tag team cannot be missed!

Saturday Record Show @ Soul Fest! Come early on Saturday – 11AM– PM, vinyl record fair, vendors from around the world – no cover! Visit the Norton Records table and boss record mongers from all over the world!

September 19 Saturday ALLENTOWN 45/78 RECORD EXPO Records and butt cracks as far as the eye can see! (Billy said that!) What could be more fun? Stop by the Norton table and pick up some flipped sides! For directions and a photo of Vince Brnicevic wondering if he should buy a 45 that he probably already owns, go to http://www.surroundsoundproductions.com/

September 27 Sunday BROOKLYN RECORD RIOT The riot is back on at the Warsaw! Vinyl, pierogis, vinyl, kielbasa! Always a great time! Tons of wax! See you at the Norton tables! Note new hours: 12-8PM Warsaw 261 Driggs Ave. in Williamsburg

October 23-25 WFMU RECORD FAIR The East Coast’s biggest event of the year! Come say howdy to the Norton crew! Bring your King Uszniewicz want list! Come see Matt Dillon shop for records! Come see Ozy call Matt Dillon “Luke Perry”! Support the Number One station in the nation! And don’t forget – THE BIRD IS THE WORD!!! Yes, the Trashmen will be blastin’ away Saturday night at Maxwell’s! A PAPAPAPAPAPA….
http://www.wfmu.org/recfair/

COMINGS AND GOINGS …. The Norton family wishes all the best to our adopted delinquent son Josh Styles on his September 12 wedding to the lovely Sophie. Josh beats tubs for the sensational Stalkers, and brainwashes minions at smashedblocked… birthday wishes to two friends from Atlanta… the Mighty Hannibal who celebrated his 70th in style, tearing it up at a Highline Ballroom birthday bash with a wild finale featuring King Khan duetting on I’m Coming Home, backed by the excellent Sweet Divines, and Jared Swilley of the Black Lips, who celebrated a fraction of Han’s years, but with equal abandon, onstage in Toronto! Bithdays greets to two of our favorite superstars ever, Georgia lads, both! Must be the water… with sadness, we send sincere condolences to the family and friends of NYC DJ Carlos Alvarez on his passing last week… we will never forget this enthusiastic, fabulous young man with an obsession for great music, records, and dancing… it's also with great sadness that we report the August 2 passing of Sun Records giant Billy Lee Riley. If you haven't done so yet, spend some racket time with Red Hot, Rock With Me Baby, I Want You Baby, Flyin' Saucer Rock And Roll or Sonny Burgess' Thunderbird which is propelled by Billy Lee's insane harmonica wail! Such an underrated artist-- his Norton single She's My Baby offers nothing short of an A-Bomb level kaboom... RIP, BLR!

PS Check out my side-blog KICKSVILLE66. So far it's been mostly traumatic teen tussles of the 70s persuasion that will take me down a few notches more with the lifestylists of today, but that in itself is a relief. Rest assured that Kicksville is about to take off into yammers about obsessions with 1)drummers, 3)non vivants, 4)paperback scribblers, and 5)ad infinitum. That should cover it when day is done. M-L