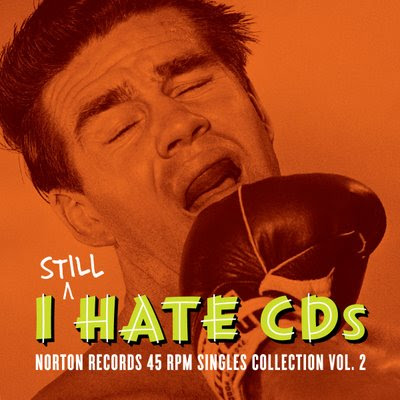 1. GINO WASHINGTON - OUT OF THIS WORLD

4. LITTLE JOHNNY AND THE SILVERTONES - ROCK 'TIL THE END OF TIME

9. MOGEN DAVID AND THE GRAPES OF WRATH - LITTLE GIRL GONE

10. NATHANIEL MAYER - I DON'T WANT NO BALD HEADED WOMAN (TELLING ME WHAT TO DO)

17. T. VALENTINE - HELLO LUCILLE ARE YOU A LESBIAN?

18. PLEASURE SEEKERS - WHAT A WAY TO DIE

24. CHARLIE FEATHERS - WE'RE GETTING CLOSER TO BEING APART

25. ARTHUR LEE AND THE AMERICAN FOUR - STAY AWAY

26. JACKIE AND THE CEDRICS - SCALPING PARTY

42. MIGHTY EL DUKES - WALKING BESIDE YOU

44. MAD MIKE AND THE MANIACS - QUARTER TO FOUR

With records (and CD's) that get issued on Norton, we're involved in every step from initial brainstorm right up until the platters get loaded off the truck, one by one. When we decided to make our music available as downloads, there was a clamor for the 45 RPM sides in particular, because for the most part, none of the tracks had ever been issued digitally. Together with the Orchard (our fabulous download company) we put together a box set of forty-five 45 sides and dubbed it I HATE CD'S: THE NORTON 45 RPM BOX SET, as a sampler for the uninitiated, and as a safer alternative for the singles collectors who've had trouble operating their portable record players while driving. That first set was met with bother for another, and so again via the Orchard, we announce the June release of our second set to commemorate the 60th anniversary of the seven inch 45 RPM single format. Party time!

Both Volume One and Volume Two are sold at emusic and other download outlets.

Stay tuned for Norton House Of Wax radio show podcast, comin' soon! Wave your antennae so we see ya!

Wanna hear about it with those floppy thing on the side of your head-- I believe they are called EARS? Go-- quickly now-- to 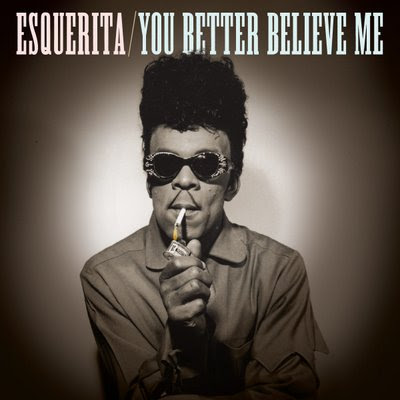 Announcements, Pronouncements & New Releases!
You better believe me, indeed, Nortonians! Miriam here from HQ with our brand new ballyhoo--- the newfangled illustrated Norton newsletter! The master plan is to keep you up to the minute with Norton Records goings-on, and jeepers, there's a lot going on! Sign up as a follower to be instantly tipped off to new posts and inside scoops.

Kids, it seems that our recent alliance with Sun Ra has paid off with immediate interstellar overdrive access into the future and beyond, what with this segue into Blogdom and very soon, a Podcast, a new downloadable box set, and who knows what all! Strap in, enjoy the ride. Rocket to Mars! But lest we forget, we will retain our loyalty to the analog world. Plastic and paper are still our tactile preferences, and we'll keep pressin' and printin' until the wells run dry.

KICKSVILLE 66 Earlier this month, on request, I started a blog called KICKSVILLE 66. This experiment in terror covers my gawky prehistoric teen-age years-- pre-Norton, pre-Kicks, pre-A-Bones -- back when I was an impressionable lunkhead (okay, in the earliest stages of gawky impressionable lunkheadedness). This may be of interest to fans of pre-punk, mid-seventies Ohio and New York bands. It's a gal's-eye point of view which has already stirred the pot, so come and look at kicksville66.blogspot.com now and then. The Flamin Groovies will be the top topic as June arrives, teenage heads out there, and we'll be delving into obsessions-- old fanzines, mags, paperbacks and general essestial nonsense. Hopefully we'll have Billy in there soon, contributing with his astute guy's-eye perspective. One can hope! Check it out at Kicksville 66

NORTON HOUSE OF WAX PODCAST! Nigel Strange and his able staffers at The Orchard have pried open the doors of the NORTON HOUSE OF WAX, our very own downloadable podcast, details of which will be divulged before summer comes! Let's just say it will be unlike any podcast you have ever heard and will feature the wildest wax, the coolest guests on the planet, and a mind-blasting peek through the cranium-crackin' keyhole of NORTONVILLE!

CRYPT COMES TO NORTONVILLE! Yes, the unholy alliance is a reality! Crypt prexie Tim Warren has relocated to sunny Germany and in the process has left his compilation empire in the stable of the Norton label! All the ferocious blues, soul, instro and garage comps will be distributed stateside exclusively by Norton, and will be of course, available to our retail customers as well. Welcome aboard, Sir Tim, and best of luck in Europa, ya knucklehead!


SCHOOL OF ROCK/DAVE THE SPAZZ/WFMU FUNDRAISER REPORT! Musical Linn Twins tribute! What more can ya say! It was a golden gasser-- these kids are da best. Here's the deal. You know that funny movie "School Of Rock"? Well, it's s true story based on a substitute teacher named Paul Green. After the movie came out about him, he started up a school.. of rock, for little kids, and now there are like 40 franchises across the USA. One day not all that long ago, Paul was driving down the highway in NJ and tuned into WFMU by accident, just when Dave was broadcasting, and his ears caught hold of the bold sound taht Dave was putting out-- a veritable hodge podge of ear flappin' delights from the far reaches of the talent spectrum. Paul was so besotted of Dave's wild sounds, that he contacted WFMU and asked what he could do to support a station so marvellous as to give a demented genius like Dave The Spazz a home for the last several DECADES. Well, this n' that, and suddenly, Paul and his school kids were up for doing a WFMU benefit show, with Dave hosting, and with the kids performing songs that Dave featured on his show, songs that Dave selected. I was totally stoked to join a super cool batch of young uns in blasting away at the Musical Linn Twins'  Rockin' Out The Blues!  Oh my lord! Whole show will broadcast on WFMU soon! dave the spazz on wfmu

KICKS BOOKS PRESENTS HIP POCKET FICTION FROM THE ANNALS OF ANDRE... WILLIAMS, that is! Stay tuned as we prepare to announce the first fiction pulp paperback release from Norton's KICKS BOOKS dept. JUNE 12 (Fri) PITTSBURGH MIDNIGHT RAMBLE RECORD FAIR!
Belvedere's Bar Pittsburgh 4016 Butler Street, Pittsburgh (Lawrenceville), PA 15201 8 PM- 2 AM
Billy and Miriam from Norton will be blasting 45s including Mad Mike monsters and Norton raunchsters all night long. Well, until 2 AM at which time we can convene at Eat'n Park for a rehash, DANA! Norton will be set up with their waxen wares, you bring yours too! Tons of records, plus a wide array of frosty adult beverages at the bar! Admission $3 for guys, free for gals. As it should be. Worldwide. For everything.

JUNE 13 (Sat) PITTSBURGH RECORD TRIBUTE TO THE LATE ARNIE WITZORRECK
Tony's Bar & Grill, 139 Howard Avenue, Millvale, PA. (Just down the street from the Attic!) 8:00 p.m. - 2:00 a.m. Corky, who worked for Mad Mike in the 1960s, is holding a tribute to his old friend, renowned Pittsburgh record-collector Arnie Witzorreck, who passed away last October. Dance the night away with DJ Flea, who brings 1,000 45s to appeal to everyone's musical tastes. Throughout the night, he'll spin records made famous by Arnie. Millvale, just across the bridge from Laurenceville, was Arnie's hometown so it's the perfect venue for collectors and rockers to gather and reminisce about the great old days, or pound the floor to Goo Goo Muck and more! JUNE 28 (Sun) BROOKLYN RECORD RIOT Warsaw, 261 Driggs Avenue, Brooklyn NY Noon-8PM Join us and a gigantic ballroom rampacked with wax purveyors for this Sunday ritual in the heart of pierogi country, Williamsburg, Brooklyn! This gasser of a record show brings in slabs from all over the area and beyond, where DJ's are spinning and kielbasis are a-boilin' in the back bar as brews, braus and bodacious beverages are offered for quaffing. Great summertime record kickoff for the kiddies! Regular Admission: $3.00 Early Admission : $20.00

JULY 10 (Fri) A-BONES RECORD RELEASE PARTY BOOZE CRUISE!!
Skyport Marina - 23rd and FDR Dr. NYC o Ship Sails at 8PM
Ahoy! Celebrate the release of NOT NOW! the first all new A-Bones long player in 1.5 decades with a midsummer night's sloop slop! Take us on a boat, add you, a full bar, and the sylvan tides of the East River et voila! A full steam ahead, ramming speed voyage to alcohol fueled revelry and two chord enchantment. Is that the Statue of Liberty ahead? Is that my dinner flowing behind? A three hour tour, indeed...


Bloodshot Records has organized a lengthy tour for the Dex Romweber Duo, supporting the Detroit Cobras. Grab Dex's Flat Duo Jets sides on Norton and dig his great new Bloodshot album THE RUINS OF BERLIN. Be sure to request some Benny Joy numbers - Dexy knows 'em all…
http://www.myspace.com/dexterromweberduo 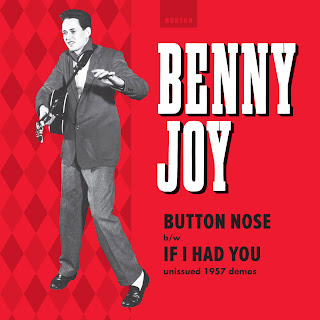 BENNY JOY - BUTTON NOSE / IF I HAD YOU (45-147) Two unissued 1957 demo recording previews from the five... yes FIVE... upcoming Benny Joy albums on Norton! (See info about the Benny longplayers at end of this newsletter!) This atomic, super savage take of Button Nose predates the well dug version by two years and rocks with a scorching Money Honey feel! This is just the tip of the iceberg, baby!

ESQUERITA - YOU BETTER BELIEVE ME / WHAT WAS WRONG / LITTLE RICHARD INTERVIEW (45-149) Over the top raw soul madness from the Voola! This 1969 shaker just never lets up! '58 fracas flip out flipside! As a bonus, Little Richard tells it like it is about his pompadoured pal! Hair raisin' sleeve, natch! 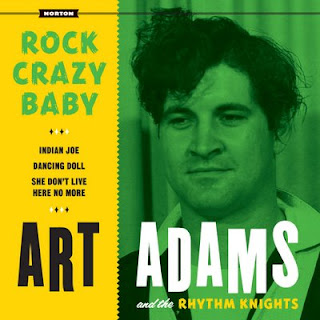 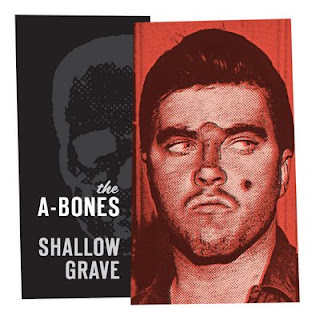 Roll to the jukebox rock with five big albums by Tampa's Rebel Rocker... BENNY JOY!!! Dig all of Benny's 1957-61 wild, wild masters, scores of unissued demos and tons of crazed photos! Coming this summer - EVERYBODY JUMP FOR JOY!!!!

All 76 Benny Joy tracks will be issued on a limited 3CD box set.

and my godforsaken 70's blog: