NORTON SUMMERTIME NEWS
WE’RE HAVIN’ A HITWAVE!
Before blazing into summertime sizzlers, block out the entire second week of November for the big Norton anniversary bash! Dig the souped-up lineup, plus we now have a link to a fab new Holiday Inn with big discounts just for - but you must click the link in this email for the boss rates and you must book soon- it’s not a humongous hotel. Very close to the Bell House, trains, diners, bars, etc. Several other cool hotels in the vicinity- or shop for a plane-n-hotel package online! Read this whole email cause there’s tonsa necessary knowin’s!

NOTICE: AS OF AUG 18, THE WEEKENDER IS SOLD OUT EXCEPT FOR A FEW THURSDAY TICKETS

SPECIAL GUESTS
CYRIL JORDAN and ROY LONEY of the FLAMIN GROOVIES
THE MIGHTY HANNIBAL
…and more!

SUNDAY
GREG CARTWRIGHT acoustic – No stool pigeon here!
ROCKIN’ ENOCKY one man band – How does he do it?

MCs (and we do mean MASTERS of CEREMONY!)
KIM FOWLEY
ANDRE WILLIAMS

Late breaker! We are pleased to announce that magnificent Mark Sultan has been confirmed for the Friday night lineup!

Hamburgers will be sizzlin’ on the open griddle nite n’ day—local hotdog and hamburger cart guy has added veggie burgers to the menu and will be cookin’ all nite long all weekend, set up outside the front door! Of the Bell House!


Souvenir hunters—we will have some irresistible limited edition items for sale only at the show. No coronation mugs!

HOTEL INFO!!!! There are several hotels near the Bell House. We have arranged for a special rate (good until October booking) for a limited number of rooms at the Holiday Inn Express at 279 Butler Street. The double room is an excellent deal as I can sleep four weary revelers. There's another Holiday Inn on Union, but this one has the special rate for the loud crowd. Click this link to book with Norton discount: DISCOUNT HOTEL

Aaron Lefkove of the celebrated Nor-Tones and his partners are announcing the September opening of Littleneck, a new bar and seafood shack not far from the banks of Brooklyn’s Gowanus Canal. Littleneck is located near the Bell House and the area hotels (across from Super 8 and a few blocks from Holiday Inn!), so it makes for a great meeting place during the Norton festival. They’ll be running some special deals during the event, so drop by and support these guys. Mention Bobby Lester of the Moonglows to Aaron and get special treatment…

See you in November!

Now for the NORTONVILLE SUMMER BLASTS! 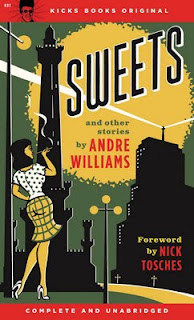 In our attempt to supply hands-free portability and maximum tactile delight to the reading experience, our KICKS BOOKS division has ramped up production of hard-ass softcover books that deliver the goods like no other. Opt out of egghead pabulum with our ‘hip pocket paperbacks’, guaranteed to jolt, jar, jam up and jelly tight! First hit outta the hopper as
Kicks Books #1 is Andre William’s loud n’ lewd SWEETS AND OTHER STORIES, written in rehab with enough illicit references to get the reader arrested… Kicks Books #2 is the 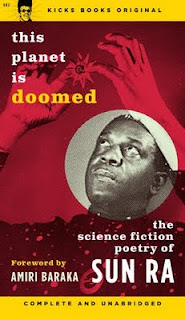 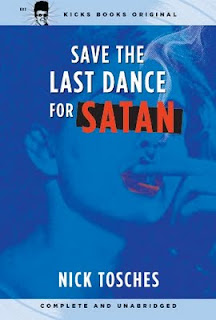 mind-grinding basher THIS PLANET IS DOOMED, a clobberin’ collection of unpublished poems from Sun Ra at his hellbent-for-Saturn best -- packed with no-holds-barred, super-attitudinal observations about the disturbing state of this space orb we inhabit. Norton has issued six albums on Sun Ra- the most recent all-vinyl trio is where this book germinated, with Sun Ra Music Archive director Michael Anderson working with us on the albums and the book. Opening the night will be SWEETS author Andre Williams, who will bring SWEETS to life with a memorable reading. Andre promises give listeners a taste of his sequel STREETS AND OTHER STORIES. Andre is performing with the Sadies at the Brooklyn Bowl the night
before- link below! Keep up with doings at Kicks Books and do not miss our August launch of SAVE THE LAST DANCE FOR SATAN by Nick Tosches – a series of connected rock n’ roll stories that will gut any established semblance of rock n’ roll history and send its carcass careening into a flaming abyss. November brings PULLING A TRAIN by Harlan Ellison, incorporating his rare-as-hens-teeth, incendiary 1959 book SEX GANG plus six additional tales from that era and an all-new in-depth introduction by the man himself. Scheduled for 2012 are Kim Fowley’s astonishing TALL COOL ONE: KIM FOWLEY IN VERSE AND VICE VOL. 1 and the long awaited authorized Bobby Fuller bio, I FOUGHT THE LAW by Randy Fuller. Keep up with it all at kicksbooks.com

ANDRE WILLIAMS + SADIES • BROOKLYN BOWL July 16
Mr. Rhythm returns to the County of Kings backed by the Sadies! Not to be missed!

GREENHORNES/A-BONES NYC SEA CRUISE July 23
Ooh-wee, ooh wee baby! The A-Bones take to the high seas with their Ohio buddies! Note, this is a much bigger boat (500 capacity) and departs from a different pier than the last few voyages - wet and wild Saturday night!

GIRL GROUP NIGHT IN SPAZZVILLE WITH BILLY + DAVE ON WFMU!
Thursday July 28, 9PM, Music To Spazz By
In anticipation of the Ponderosa Stomp’s Girl Group Extravaganza, Norton head honcho Billy Miller joins Dave The Spazz for a three hour spin session of girl group 45s. Expect to hear everything from the Ronettes to Beverly and the Donuts!

SHE’S GOT THE POWER! A GIRL GROUP EXTRAVAGANZA NYC July 30
See you at beautiful Lincoln Center for this all-babe blasteroo!

UGLY THINGS #31 Hope you all are diggin’ the massive new UGLY THINGS magazine (#31) featurin’ a (gulp) 21 page history of our label—alongside big, big stories on the fabulous Coba Seas, the Pleasure Seekers, Them, and loads more more more-- 200 pages in all! Thanks to Mike and Anja Stax and all the goofballs who yapped about Norton stuff! Pick UT up at the Norton website and magstand along with the new releases and loads of mayhem you never knew to know!

NOTED NORTONIANS DEPT. On August 15, the Mighty Hannibal will be presented with a Proclamation by Atlanta City Councilman Michael Barnes for his role in integrating the Atlanta entertainment scene. “Me and my band St. John and the Cardinals broke the color barrier in Atlanta at the Kitten’s Corner,” remarks Hannibal. “It was crazy then, but now they’re honoring what we did.” Hats off to King Hannibal!


WE’RE HAVING A HIT WAVE
UPCOMING RELEASES FROM NORTONVILLE 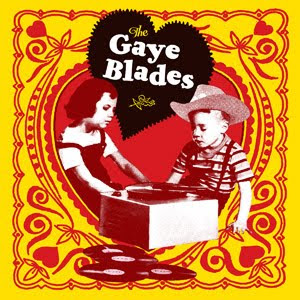 GAYE BLADES (368) Ten spectacular new recordings featuring members of the Black Lips, Gentleman Jesse and his Men and the Carbonas! Nine originals plus an amazing Sanford Clark cover! Pretty Boy/You Were With Him/His Girl/We Are Only Gonna Die/Jesus Didn’t Try Hard Enough To Save My Soul/Cry Of The Castrati/O So Far Away/I Wanna Join The James Gang/Still As The Night/Don’t Get Married 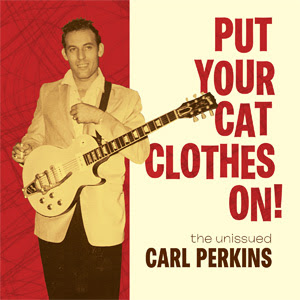 CARL PERKINS - PUT YOUR CAT CLOTHES ON!(369) Spectacular Sun session warm up takes – half of them with Jerry Lee Lewis on piano! Put Your Cat Clothes On/Sweethearts Or Strangers/Everybody’s Trying To Be My Baby/Honky Tonk babe/Her Love Rubbed Off/Lend Me Your Comb/be Honest With Me/Caldonia/Sure To Fall/Pink Pedal Pushers/I’m Sorry I’m Not Sorry/Dixie Fried/Put Your Cat Clothes On 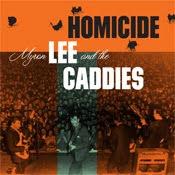 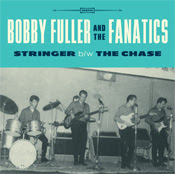 The Figures Of Light wrapped up a five hour/twenty-one song session for their upcoming Norton LP DROP DEAD! The original duo Wheeler Dixon and Michael Downey were joined by producer Mick Collins and the A-Bones rhythm section, Marcus and Miriam. Songs include World Of Pain/Mellow The Fuck Out and Black Plague Blues… Mick will also be in the studio in August producing an album on the Happy Organ Man, Dave “Baby” Cortez with Lonnie Youngblood and his Bloodhounds…watch for an entire album of unissued early sixties Pittsburgh area instrumentals called BATTLE OF RAT FINK HILL with the Outcasts, Sonics, Mad Hatters and more – all from master tapes!

Norton Records announces six upcoming albums of El Paso rock n' roll dating from 1958-66. These albums continue the series that began with three volumes of Bobby Fuller home and live recordings. The new volumes contain additional Fuller material as well as rare and unissued masters from the vaults of Norton-owned labels like Yucca, Eastwood and Exeter. Artists include Bob Taylor and the Counts, Frank Thayer, the Sherwoods, Los Vampirinos, D.Y. and the Motivators, Tim Taylor and the Monarcs and many more. The series will also include an entire album of unissued 1963 home demos by Terry Manning and the Wild Ones. Terry is now an award winning engineer whose resume includes Led Zeppelin, Z. Z. Top and many more hitmakers, though we prefer when he'singing Eddie Cochran songs in his bedroom! Watch our website for more details and release dates!

Norton will be issuing GIANT GILA MONSTER VOL. 1 and 2 on 7” singles, culling six tracks from the vaults of Cascade Records… plus.. an early tease… expect three new Christmas 45s this upcoming holiday season-- deck those halls!


Meanwhile, we have been adding tons of stuff to the Norton website -- non Norton LP's are now up- use the pull-down menu to access all the pages. There's lots! Also 45's of all persuasions, plus more mexican posters and for te first time ever, look for an original posters and gunk link with stuff from the 50s to the 90s- show posters and handbills etc.
That's all, folks!